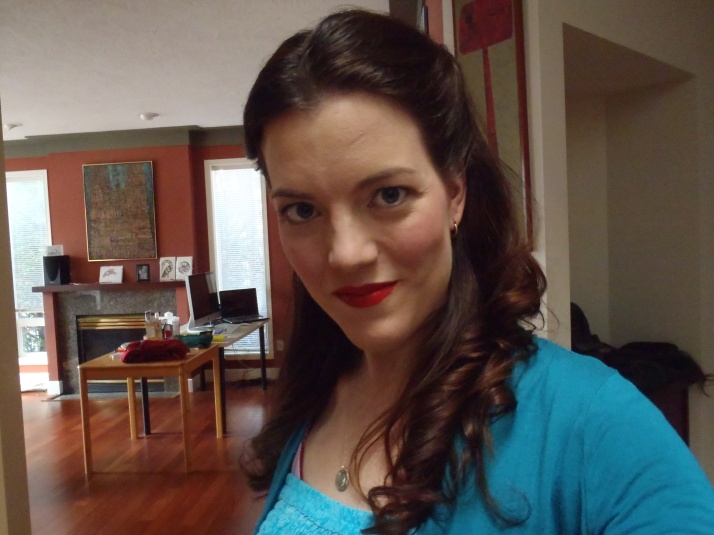 This blog is old. I’m leaving the posts up because they are part of how I got to where I am today. Since 2014 (and the post below) life has been extremely full and busy and has lead me to new and wondrous places. I started a writing company, took on directing, and act when the piece really speaks to me.

I’ve updated the About section as well as posted it below.

Thanks for stopping by!

She wrote, starred in, and produced the short films MENTAL (2017) (*BravoFACT recipient *Winner Achievement in Filmmaking *Winner Award of Excellence *Winner Underdog Award) & THERAPY (2011) (*Winner of Audience Choice) and is the director of the short film CHECK (2018) (currently in post production).

Leo nominated for acting, Meeshelle enjoys being a highly proactive member of the Vancouver Film & TV community both in front of and behind the scenes. For example: she served on the board for WIFTV.

As a writer, she has multiple TV series and features optioned as well as poems and short stories published. Her debut novel is set to be released in the spring of 2018. As well, she co-owns the company M&J Productions and is one half of the writing duo M&J along with Jax Smith. Together they are co-heads of Creative Services for JBA.

As a director, Meeshelle has attended workshops such as the Storyhive & CWWA Career Accelerator Program and is mentored by Gary Harvey. She is currently in pre-production on her second short film set to go to camera in the summer of 2018.

Filmmaker View all posts by Meeshelleneal