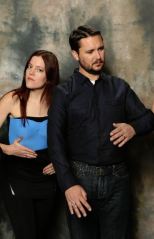 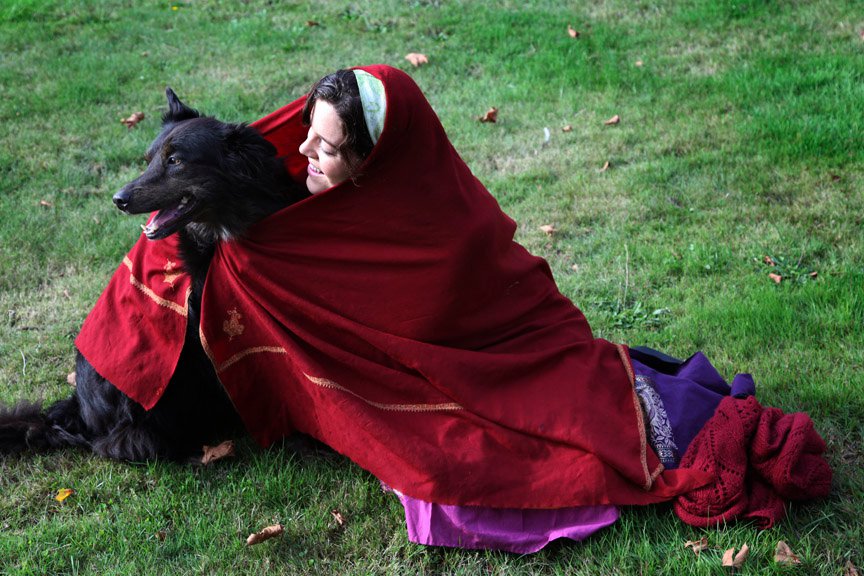 Meeshelle ‘Meesh’ Neal is a writer, director and author, with a background in producing and acting. She resides in Toronto ON.

As a queer, multi-award winning filmmaker in the industry for many years, Meesh has worked her way up through various departments in television and independent films. She has experienced extensive hands-on apprenticeships, where she was directly involved from prep through to post, with Gary Harvey on: Murdoch Mysteries (CBC), Welcome to Christmas (Hallmark), Hudson & Rex (Citytv) & Tiny Pretty Things (Netflix).

Her films have screened around the world, earning numerous awards and accolades, like Best Director North America & Best Female Filmmaker. Of note, Meeshelle became the first writer | director in the history of the Whistler Film Labs to have two projects selected in the same year.

In 2021 she directed I Won’t Let You Go for Lifetime. In 2022 she directed Christmas Plus One for Reel One & CME. She is in development on her own feature films and multiple TV projects, including a series based on her YA book trilogy.

Meeshelle is known to tackle difficult subjects with a surreal edge while remaining grounded in the nuanced complexity of human emotion.

“[Meesh] has shattered the glass ceiling by being the first writer to have two projects accepted into the [Whistler] Talent Lab.” Darren Wiesner

“Her ability to strike when the iron is hot is something Meeshelle does before lunch. I’m still looking for my missing sock and she’s already written the next best chapter!” Darren Wiesner

Following on the heels of the concept short under the same title, Meeshelle is in development on her feature film Sweet Release. This full-length magical realism story is being brought to life with the help of the WIDC CBC Films Talent Development Award and the Whistler Producers Lab. The script has received funding and was shortlisted for the Sundance Development Track. Heidi Lasi of Pelee Entertainment is attached as the producer.

She adapted Mental to the screen from a one-woman stage play. The film received BravoFACT funding as well as multiple awards, international recognition, and co-earned her a WIFTV Spotlight Image Award.

“I cannot say enough great things about this Canadian jewel and her contributions to film and television.” Darren Wiesner

Meeshelle is proud to have served a full term on the board for Women in Film & Television Vancouver and to have been one of the mentors in Cinevic’s inaugural training program The Incubators, which she returned to teach in their follow-up year. She has sat on many jury’s including the WIDC Feature Film Award, East Van Monologue Match, CINESPARK Script Competition & Directing Change Canada. She is often hired to direct, write, story edit, career consult, pitch coach and has ghost written multiple novels with Hanai Publishing.

As part of her professional development, Meeshelle participated in workshops such as the: STORYHIVE Career Accelerator Program, Women In the Director’s Chair (WIDC) Career Advancement Module, the immersive Story and Leadership program and Whistler Talent Labs. She was shortlisted for the CFC Bell Media Prime Time TV Program in 2022. As well, she received funding from the Ontario Arts Council to sharpen her artistic skills.

In addition to working in film, Meeshelle is an author and has published the Betwixt trilogy. She was a recipient of the Amy Ferris Fellowship award for her novel, Betwixt: The Call of the Void (now available as an audio book). She is currently in development on an adaptation of the books into a TV series with the help of the Whistler Talent Labs. Alexandra Caulfield of Alley Rock Films and Veronika Kurz of Paperbag Productions are attached as producers.

“Whoa,” says Amy Ferris about Betwixt: The Call of the Void, “This piece did me in. Did. Me. In. Stunning. Just stunning.”

I Won’t Let You Go The Cinemaholic

Creating Something from Nothing Pt. 2 w/ Meeshelle Neal

Have a Little Insight Podcast: Coping with Anxiety

From a blog post (originally on M&J) re-posted on Ms. In The Biz